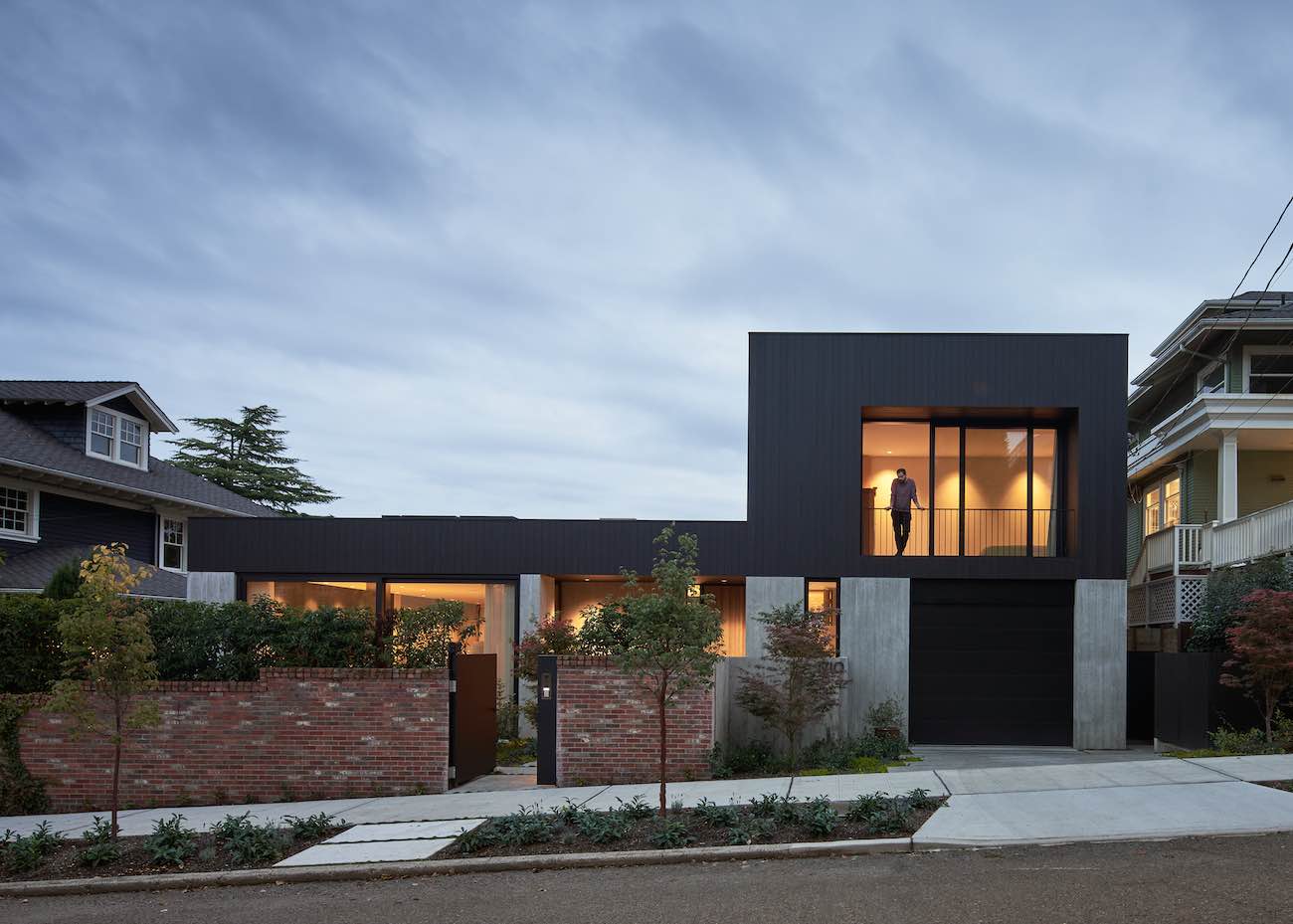 When Daniel Toole landed this project in the beautiful area of Madrona, Seattle, he drew inspiration from a variety of places. The modern Scandinavian design of the exterior captured his eye, while the warm details from America helped him create a cozy and inviting interior. This case study will explore the process behind this unique new construction project, which was featured in the New York Times.

Michael and Liliane Flacco had lived in the same house in Madrona for 30+ years. The property had a large yard where the kids used to play when they were younger, but the plan for the couple had always been to use the large extra space to build their dream modern home. They agreed that the original 3-story house was going to be too big for both of them. When the children grew up, they decided to divide the lot and downsize.

In 2008, Daniel Toole went to a party at the Flacco’s house and met his best friend, Nicolas Flacco. He overheard Liliane’s dream to one day build a new modern home while they were standing in the yard. It was right then that Daniel decided to pursue the project. After a decade of consideration, the Flacco’s finally decided to begin planning their dream home with Daniel who would bring on a great experienced architect, Carsten Stinn.

Ms. Flacco was born and raised in Switzerland and Mr. Flacco in Philadelphia. Liliane had in mind a Scandinavian modern architecture and Michael wanted something more American. Daniel came up with a modern design that pleases both owners and the final result was an exquisite modern home with concrete and wood as the main materials.

Below, a few highlights from architect Daniel Toole

I decided to use a wood floor to complement the concrete and bring warmth to the house. The homeowners ordered some samples and we picked Harlech Raw Oak as the product to go with. Harlech Raw has the perfect combination of natural/pale tones and rustic details making this floor a seemingly effortless design.

I absolutely love how easy it was to use the flooring to make the custom stairs. The warmth it brings to the house actually makes the concrete feel cozy.

The Flacco’s were ecstatic with the results. We were going to have concrete floors, but that changed in the middle of the project. We saw an opportunity to use wood that’s more inviting and have a warm finish. We couldn’t be more content with how it turned out.

I actually spent some time walking barefoot around the house and I love the feeling. It’s softer than concrete and more forgiving on your joints.

Before this project, I hadn’t heard of Woodpecker, but I had a great experience. I’m actually working on a couple of different projects and I’m planning to use Woodpecker. They have great quality products at competitive prices with great customer service.

ADDED TO YOUR CART